What is a blended wine?

A mix of two or more wines…. not blended in a blender! 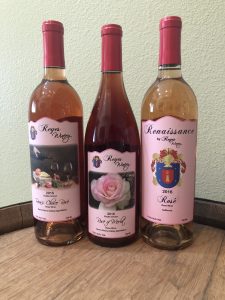 I was reading an article the other day about wine blends are their origins then I came across an article about blending wine in a blender.  Combining two or more wines makes each one better than they would be on their own. Sometimes wine varietals need other wines to help them have the complexity that a wine needs. Sometimes a wine can be flat and if you blend an acidic wine, it will create a blend that is balanced. By blending you generally balance out the flavor characteristics.  Typically, red wines and blended with other red wines. In France’s Rhone region, occasionally they will blend Syrah with Viognier without making rosé wine. 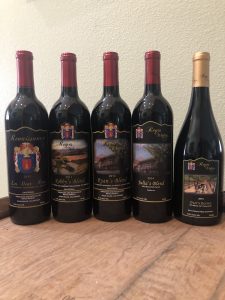 Traditionally, blends are two or three varietals of the same vintage. Châteauneuf-du-Pape is a complex blend and sometimes can be up to 13 different types of varietals. Some wines like a Port or Champagne, is a blend of grapes from different vintages and different varietals. These are usually labeled as NV (non vintage), like our Agua Dulce Delight (a Port style wine). Certain regions has specific types of blends like the Bordeaux region of France; which can contain up to 6 red varietals; Cabernet Sauvignon, Merlot, Carménère.Petit Verdot, Cabernet Franc and Malbec.  Here in the United States, we have Meritage; which is an association that was created in 1988 by  Napa and Sonoma area vintners. The Meritage blend must contain at least two of the Bordeaux varietals. Also, the state of Washington has CSM, a blend of Cabernet and Merlot which are both Bordeaux grapes, with a touch of the region of Rhône’s Syrah to make it balanced.

In 2013, we wanted to use our 2011 grapes to create a blend.   I had created 25 different blends and numbered the glasses.  I then had my taste-testers some over and give me input.  One particular wine that everyone agreed was their favorite was a Syrah/Merlot blend, which became 2011 Julia’s Blend.  The second favorite was a CMS (Cabernet/Merlot/Syrah) Blend; Robby’s Blend and third was a Bordeaux Blend (Cabernet/Merlot), Les Deux Rois.  Then a few weeks later, I took those three and 22 new blends to see what they liked and those three were still the top three choices. Originally, we only wanted to choose one blend, but our taste testers convinced us to do all three.

Our 2014 Syrah and Merlot tasted amazing when it was blended together, but by themselves they were just ok.  We created another vintage of Julia’s Blend. 2011 Julia’s Blend has been so popular, that we have 4 cases left in the tasting room, the 2013 vintage has completely sold out, so we are now releasing the 2014 vintage this weekend.

An aerator and a decanter both serve a similar purpose which is to expand the surface area of wine, which allows the air to mingle with it. Whether placing the wine in a larger vessel (decanter) or forcing air to be circulated throughout it (aerator), the end result is a wine with an expanded aromatic profile and/or softer tannins.  So, what’s the difference?