The First stage of a growth of a vine 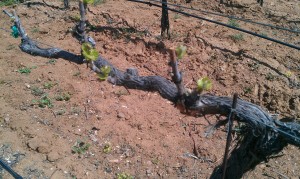 “Bud break”…what is that?It is the initiation of growth from the bud. It is the first stage of the growth of a vine. When it starts, dormancy is over. Then Flowering starts approximately 60 days later, and then the fruit will set, fourth is veraison and finally harvest.

Every year after harvest all the plants go dormant. We generally need at least 45 days of 54° weather every year to have a good harvest the following year. Generally, “bud break” starts around third week of March. If you are in the southern hemisphere, it starts in September. Since the weather has been a little weird since fall, this season seems to have started a little bit later than it did in the past few years. In 2011, we had frost in April, which destroyed our crops. We ended up having to bring in grapes from another region to supplement  the amount of wine that we needed to produce that year. 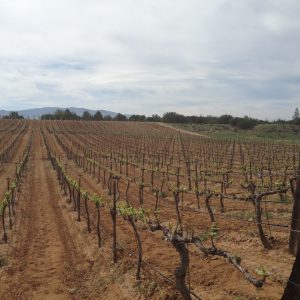 This year the weather has been a little different since November. We’ve had some warm spells especially in December with not a whole lot of rain until the last few weeks. We have had a tremendous amount of rain for our area. We’ve also had quite a bit of whether under 30°, including this week. When I came to the Vineyard Sunday morning there was snow on top of all the Sierra Pelona Mountains.  When I walked over to my office my steps had chunks of ice and they pretty much stayed there most of the day because it was so cold.  Robert and I were talking about the cold weather and he went out to make sure that the few vines that already have started to break were OK… and they were.