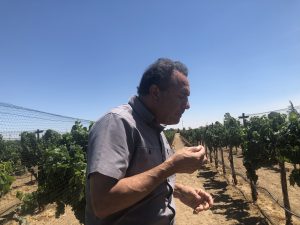 There are grapes called Cabernet Franc, Ruby Cabernet, Cabernet Gris and a few more that aren’t cultivated anymore. Cabernet Sauvignon is a hybrid from Cabernet Franc and Sauvignon Blanc which are…