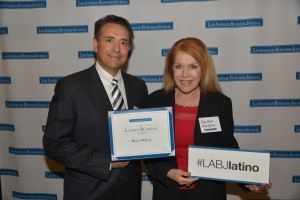 Each year the Los Angeles Business Journal recognizes prominent Latino-owned businesses and individuals based on their merits, success, and contributions to their communities.

The LA Journal gives out 5 business awards based on the size of the businesses, from small private to Large Public, plus an award for a Community Charitable Organization and finally their highest recognition, the Lifetime Achievement Award.   Robert Reyes was nominated this year as a candidate to receive an award.   Altogether, there were 45 nominees this year including all categories.  We are happy to report Robert Reyes received the highest award, the “Lifetime Achievement Award” on January 20, 2015. There were approximately 450 attendees at the award luncheon, which was held at the LA Hotel in Downtown Los Angeles.  We are very proud of Robert’s achievements, not only as an award-winning winemaker and “Renaissance Man” but as a great human being. 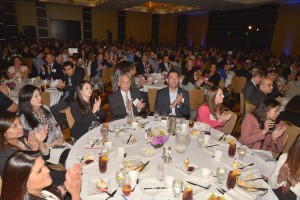 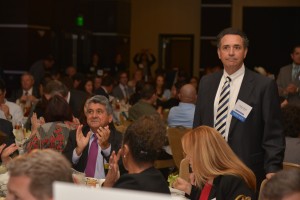 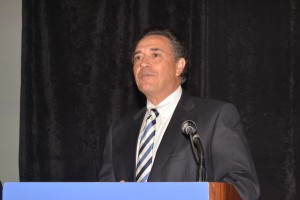 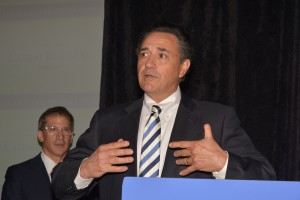 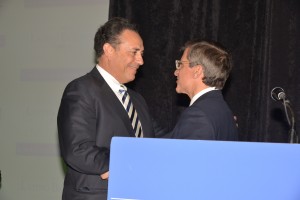 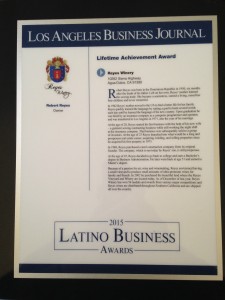 This is the verbiage written on the plaque on the Lifetime Achievement Award
Robert Reyes was born in the Dominican Republic in 1950, six months after
the death of his father. Left on her own, Reyes’ mother learned the sewing
trade. She became a seamstress, earned a living, raised her four children and
never remarried.
In 1962 Reyes’ mother moved to the US to find a better life for her family. Reyes
quickly learned the language by setting a goal to learn several words each day until
he learned the language of his new country. Upon graduation he was hired by an
insurance company as a computer programmer and operator, and was transferred to
Los Angeles in 1971, also the year of his marriage.
At the age of 20, Reyes started his first business with the help of his new wife – a
garment sewing contracting business while still working the night shift at the insurance
company. That business was subsequently sold to a group of investors. At the
age of 23 Reyes launched into what would be a long and prosperous real estate career,
acquiring, holding, and selling properties since he acquired his first property in 1973.
In 1984, Reyes purchased a steel construction company from its original founder.
The company, which is run today by Reyes’ son, is still prosperous.
At the age of 45, Reyes decided to go back to college and earn a Bachelor’s degree in
Business Administration. He later went back at age 51 and earned a Master’s degree.
Because of a passion for art, wine and winemaking, Reyes envisioned having a
small vineyard to produce small amounts of ultra-premium wines for family and
friends. In 2002 he purchased the beautiful land where the Reyes Vineyard and
Winery are located today. As of December of last year, Reyes Winery has won 56
medals and awards from various major competitions and Reyes wines are distributed
throughout Southern California and are shipped all over the country. 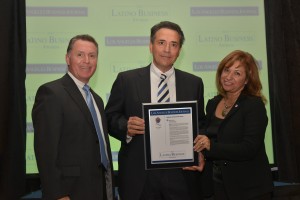 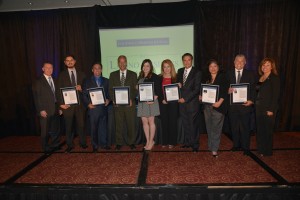