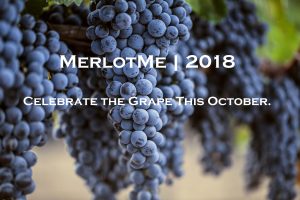 I had gone to a wine and spirit tasting and they had a cinnamon vodka. So…me and my inquisitive nature asks, what kind of cinnamon did they use? I did ask before I tried it. The response I got was, uh…there are different types? Yes, there are many different types of cinnamon. Not all cinnamon is the same, just like grapes. There are so many varietals of grapes.

True cinnamon comes from India, Bangladesh, Myanmar and Sri Lanka (Ceylon). Its relative cassia is sometimes confused with it. Cassia or sometimes known as Chinese or Saigon cinnamon has a much bolder, spicier aroma and a bitter taste than Ceylon cinnamon. 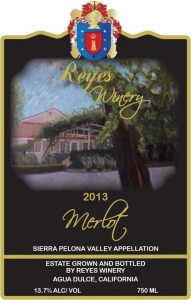 When I was writing the label to the 2013 Merlot, I first smell the wine. I will say I smell the wine for about a few minutes, put it down and do it again. One of the first aromas I smelled was Ceylon cinnamon. I remember Robert asked me why I would say Ceylon cinnamon and not just cinnamon. They are very different to the nose. I went out and bought both, so he could smell what I did. He was amazed at the difference. The 2013 Merlot will be released in October for #MerlotMe month. This fruity Merlot exhibits a delightful fragrance of ripe blueberries and cassis, complemented by Ceylon cinnamon and toasted oak. We aged this wine in French oak for 23 months. On the palate you will perceive black plums, mixed berries and Ceylon cinnamon.

Our 2013 Merlot has won a silver medal at the 2017 San Francisco International Wine Competition. Savor this estate produced gem with a skirt steak, a juicy hamburger or zucchini bread. 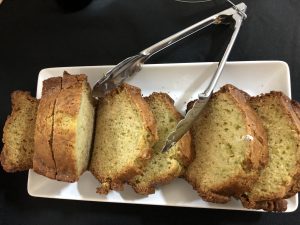 s one of my recipes that my grandmother had passed down to me.I have changed a few things to make it my own, like adding cardamom and vanilla bean paste instead of vanilla. My grandmother inspired me to be creative as a child.  When she would bake, she would let me help her. I remember standing on a step stool, so I could reach the counter. Her recipes were on index cards or scraps of paper, which I still have today.