Cabernet Sauvignon and its relationship with Oak

One of the most noted characters of Cabernet Sauvignon is its likeness for oak. You can ferment the wine in oak and during its aging period in the barrels it will acquire that oakiness we love.  During the ageing period in a barrel, the wine will soften so the tannins, will be less pronounced. 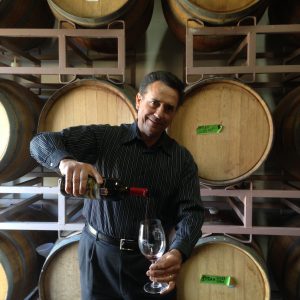 In a previous article I wrote about the history of wine barrels, I mentioned that around the 2nd century BCE that people realized that oak softens and adds flavor to the wine. With the little toasting, cinnamon, molasses, clove, vanilla and many other spices occurred to which added aromas that enhanced the taste of the wine. Plus they realized the longer the wine was in the barrels, more character created a complex a delicious wine. We age our red wine and our Amber Chardonnay (“Orange Wine”) in French Oak barrels that are a medium toast for 18-24 months. Except for the 2012 year, we aged our reds for 33 months. The tannins needed a bit more time to soften.  Plus we just released this wine last month. By then letting it age in the bottle for an additional 3 years, this wine is balanced and ready to enjoy! This Cabernet could still age in the bottle for several more years.

The winemaker will decide the degree of oak influence. There are choices from light to heavy toasting of the oak. Plus there is a decision as where the oak comes from, American French Hungarian etc. Our Winemaker, Robert Reyes has chosen French Oak for all our wines. American new oak barrels will have a much stronger flavor than French oak. Some winemaker in Italy even use chestnut or other woods instead of oak. 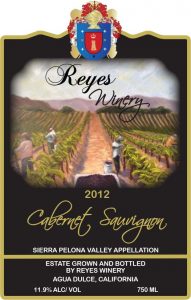 Our 2012 Cabernet Sauvignon was aged in French Oak for 33 months which gives it a striking butterscotch and oaky finish. This delicious estate Cabernet Sauvignon has a delightful bouquet of black cherries and mace. On the palate this wine brings forth notes of cherries, pomegranate and cocoa. It pairs well with a steak topped with blue cheese or black forest cake. It has won two bronze medals at the 2017 Los Angeles International Wine Competition and the 2017 San Francisco International Wine Competition.