Paella is a rice dish that originated in Valencia, Spain around the 19th century. Many people around the world have believed that it is the national dish…

Just the other day somebody made that comment “ABC”. I haven’t heard that expression in quite a while. If you haven’t heard of before it stands for “anything but Chardonnay”. Traditionally I am one of those people who don’t really enjoy Chardonnay, but I absolutely adore our 2015 Amber Chardonnay. This is a white wine made for red wine drinkers. I am a red wine drinker. I enjoy red by far more than whites even though I do love having a glass… 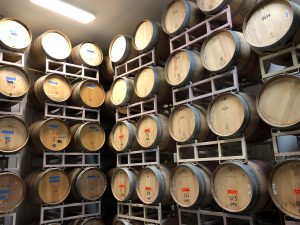 Over 2000 years ago, a Greek historian, documented that wood barrels were used for wine in ancient Mesopotamia.  I have mentioned before, in my article about “Orange Wines” that approximately 6000 years ago, wine was aged and stored in clay pots called Qvevri.  Then eventually besides the clay, people started to use wood. Wood was lighter than clay when traveling. As the Romans were expanding their empire, they brought wine with them.