After making jam, plum sauce and chutney this week I still have plenty more fruit left from my trip up north. I did make a second batch of chutney because it was so yummy.  I ended up making calzones stuffed with ricotta, Chutney, shredded chicken and Cabernet cheddar.  Also, when I went up north there’s this little dairy that makes fresh cheese and milk.  And of course, I brought some cheese.  How could I not…. 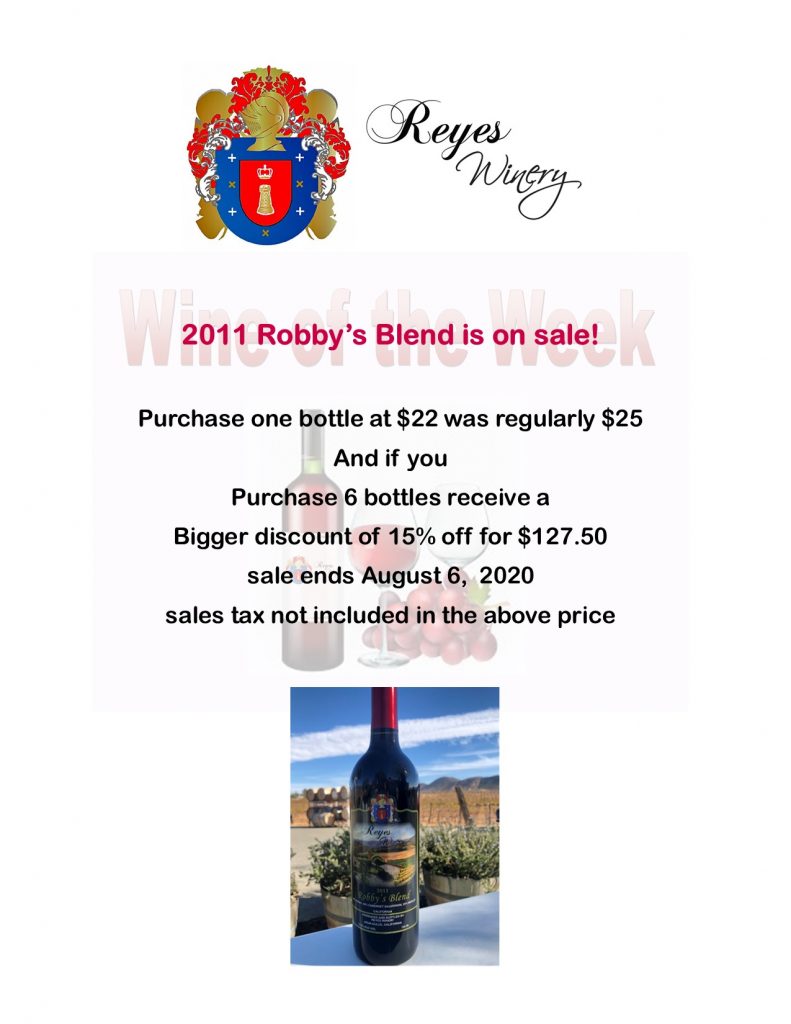 ioned last week how I enjoy Robby’s Blend with plum dishes. Well, now I am craving a glass! Every wine has a story and this wine has many. My favorite was the first one, when we hadn’t even blended it yet. I had made 25 blends and numbered them blindly and had Robert with two of his friends one evening try them and rate them. It was one of the top three. (2011 Renaissance by Reyes Les Dex Rois and 2011 Julia were the other two) Then a few weeks later, I took the top three blends and 22 different and had them taste again. The same three winners won again. How could we not put that in a bottle? Nine years later, it is one of our favorite wines. I always hear that everyone loves Robby’s Blend.

It is made up of California Cabernet Sauvignon, Syrah and Reyes 2011 Estate Merlot. It has notes of cocoa, berries, and a slight smokiness, which make for a delectable wine. I always think of fall with this wine from its stunning earthy aromas. The perfect meal to pair for me is a medium rare Porterhouse steak, creamed spinach, potatoes au gratin and to finish it off with an Italian plum cobbler. But today I am in the mood for a calzone.

My calzone recipe is super simple especially if you have a bread machine. I did buy something recently to add to your pizza Dough from King Arthur flour, pizza dough flavor. It really does make you feel like it’s store-bought. It has cheddar cheese powder, garlic powder, onion powder and a few other spices and herbs.  It’s optional to add it but if you don’t want to purchase it, my blend of herbs that is somewhat close to it is at the bottom. People always ask about cheddar cheese powder; you can buy it from the internet. It’s not very expensive. Also, if you want to stay more vegan, nutritional yeast works in its place.